Anatomies of Power is an attempt to chart my progress during a Leverhulme Trust Major Research Fellowship The Roman kings: a study in archaeology, history and power.  I want to understand better the way that power worked in smallscale archaic societies; to explore how what the Romans thought about the ways that power operated may have helped them conceptualise power in their own time, and hence may help us to come closer to their mindset; and I am fascinated by what later periods have done with the Roman model of kingship and sovereignty.

This is a project which has a long history.  I started to write about early Rome as a doctoral student, and my first book was an attempt to make sense of the exciting archaeology around Rome, much of it arising from the combination of a newfound interest in archaic society and the construction of the Grande Raccordo Anulare, the ring road around Rome, which brought many new sites to light.  Early Rome and Latium was my early attempt to use archaeology to construct a narrative relatively independent of the ancient sources.

Thanks to an AHRC grant I was able to continue this work in a second book, on The Roman Clan or gens.  One of the arguments of this book was to stress that aristocracy depended on argument and discourse, and that we needed to interrogate this discourse, not accept it at face value.  The result is a more fluid and unstable picture of the Roman aristocracy, and one which has led me back to the problem of the Roman kings.

The traditional story of the seven kings at Rome, in its most basic sense, cannot be a true account of the beginnings of Roman history.  That seven individuals ruled without break for about 250 years in the conditions of the time is implausible; that one was said to be suckled by a wolf, another was beloved of a nymph, and another summoned a thunderbolt on to his own head, and so on, begins to make evident the amount of myth-making which has contributed to the early history of Rome.

At the same time, there was a figure at Rome called a rex in the archaic period (before 500 BC) , and the 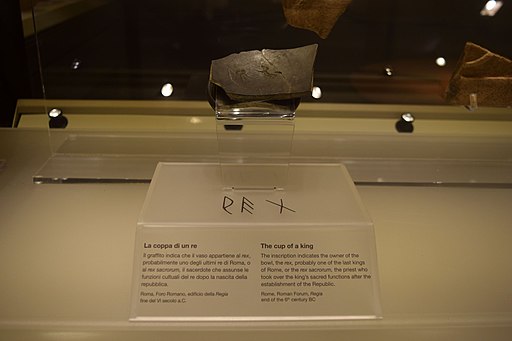 Romans gave credence to the narrative of kingship.  It would become an important counterpart to the history of the Roman emperors.  And ultimately, the notion of Roman kingship was one of the few available models for early modern notions of the king and sovereign.

Over the next three years I will be trying to understand these phenomena and relate them to modern-day problems and questions.  Can models of power in small-scale societies teach us something about what we have lost or gained in our larger social formations?   Why has monarchy been such an enduring model of power?  And what might a genealogy of the notion of power, starting from the Roman model, contribute to our understanding of sovereignty?

I hope that by sharing my progress through these ideas, I will be able to learn from a wider community, and build new connections between the ancient world and modern society.